A Bright Outlook For Consumer Spending 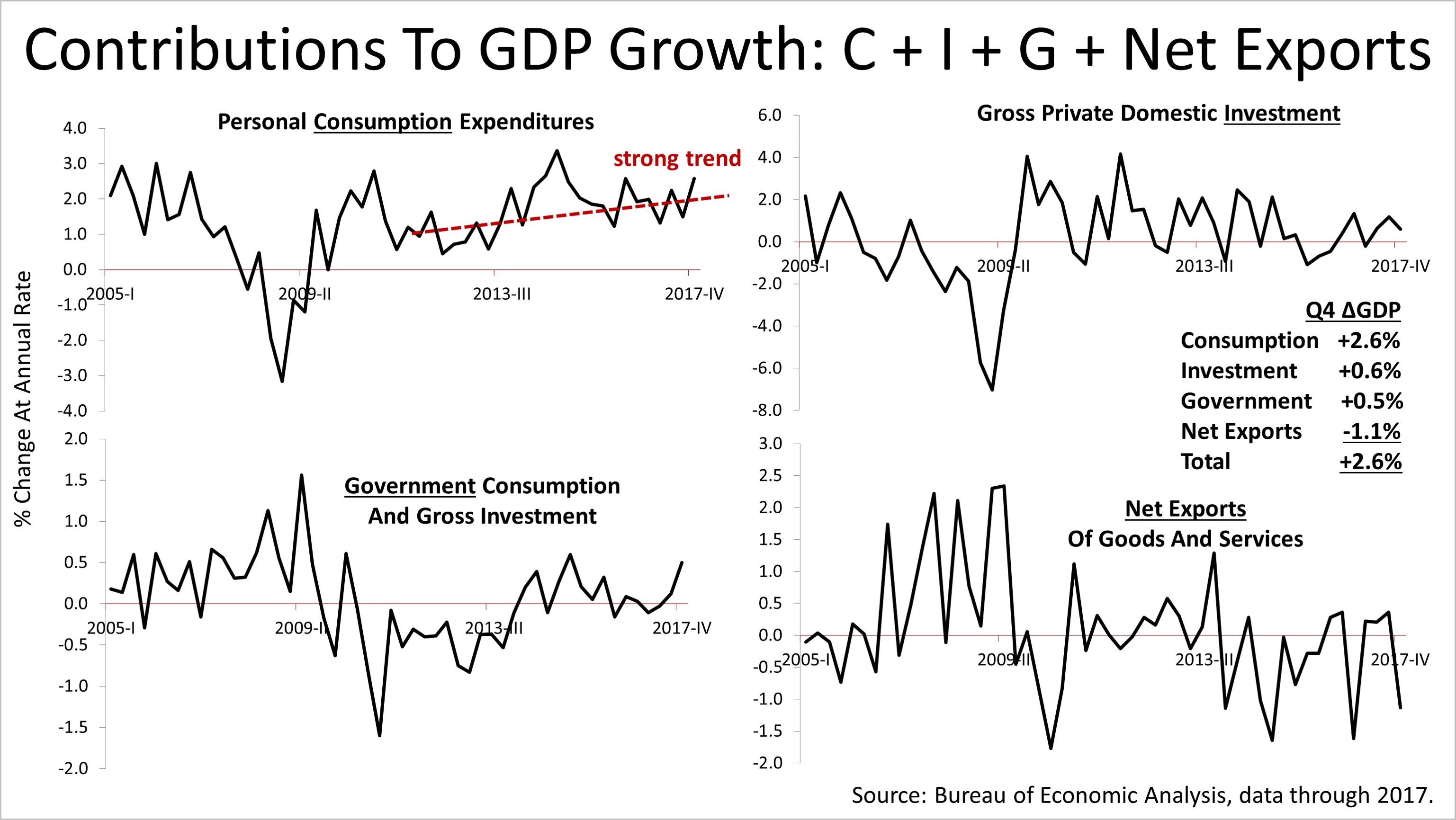 Investing prudently requires understanding economic fundamentals. Here's some insight into current economic conditions and the kind of ongoing analysis required to manage wealth prudently for the long term over up and down economic cycles.

The economy is measured quarterly in terms of gross domestic product (GDP), which is the sum of four factors: consumption, investment, government and net exports. Consumer spending is by far most important, accounting for 69% of U.S. economic activity. The key to strong economic growth, then, is a strong American consumer.


In the final quarter of 2017, net exports were a drag on GDP growth. However, net exports are volatile month-to-month and its dips have been followed repeatedly by surges over the past two cycles of the economic expansion and recession that occurred since January 2002.


Government spending, which includes state and municipal expenditures, has been on the rebound after suffering years of cutbacks in The Great Recession and its aftermath. With real incomes rising since the financial crisis, tax receipts have risen and state and local government spending grew, which has been a positive factor in GDP growth in recent years.

However, business investment and government spending are together not even half as important a factor in growth of the U.S. economy as consumers. If consumers keep spending, the good times for the U.S. could keep on rolling, and there is some reason for optimism on that score.

Consumer strength rose in closing out the year, according to the most recent data, extending the strong growth trend line (in red) experienced in recent years. In addition, in February, a lower rate of withholding federal taxes on employee paychecks kicked in, and that is putting more money in consumers' pockets to spend. That could show up in GDP growth figures to be released in early April 2018.

Economic growth shows up in profits of companies and is the key determinant in the value of stocks. Profit expectations at the Standard & Poor's 500 companies grew sharply in the opening quarter of 2018, according to independent economist Fritz Meyer, and the outlook for consumer strength was bright despite an 11.8% correction. Please let us know if you would like to receive our wealth management news analysis by email.